Free Shipping on US Orders Over $100!

Glutathione-SR is a sustained-release form of glutathione that provides antioxidant support for the liver, brain, heart, lung, and eyes.  It also helps the body respond to physical activity.

Glutathione-SR is a sustained-release form of glutathione that provides antioxidant support for the liver, brain, heart, lung, and eyes.  It also helps the body respond to physical activity.

What does the SR (Sustained Release) Mean?

Although a common mistaken belief is that glutathione is not well absorbed when it’s taken orally, significant data confirms that glutathione is efficiently absorbed across the intestinal epithelium by a specific uptake system.  Glutathione-SR is a breakthrough in glutathione supplementation because its sustained-release formula protects it from stomach acid and digestive enzymes, allowing for a slower release and a more steady level in the bloodstream of this essential nutrient.

What does Glutathione Do?

Glutathione is the most abundant anti-oxidant. Since training and competition create more oxidative stress and damage, athletes have a higher need for antioxidants. Exercise longer than 60-90 minutes significantly decreases glutathione levels in the blood, so supplementing is beneficial for endurance and ultra endurance events.

The liver is the body’s largest reservoir for glutathione. A potent endogenous antioxidant, glutathione is essential for the liver’s phase I and phase II detoxification. However, negative lifestyle issues and adverse conditions that affect liver health can result in a decreased amount of glutathione in the liver.

How can I get started with Thorne Glutathione-SR?

Are you ready to get started feeling better? Getting started with the Thorne Glutathione supplement is easy. Simply schedule an appointment with Cunningham Clinic to discuss your options and then pick up your nutraceutical grade Thorne Glutathione! 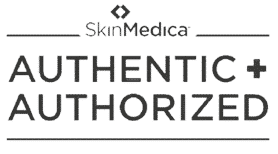